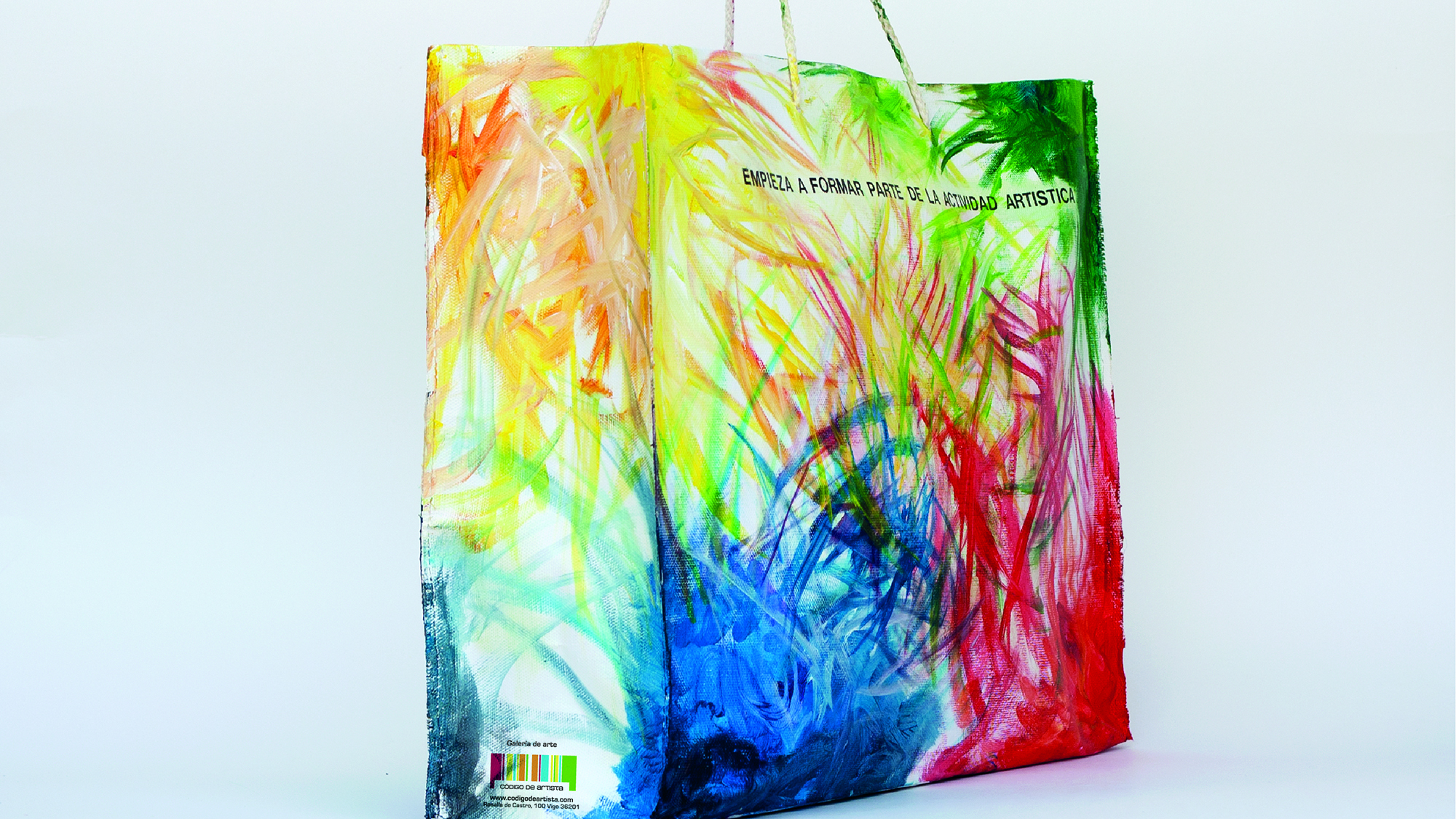 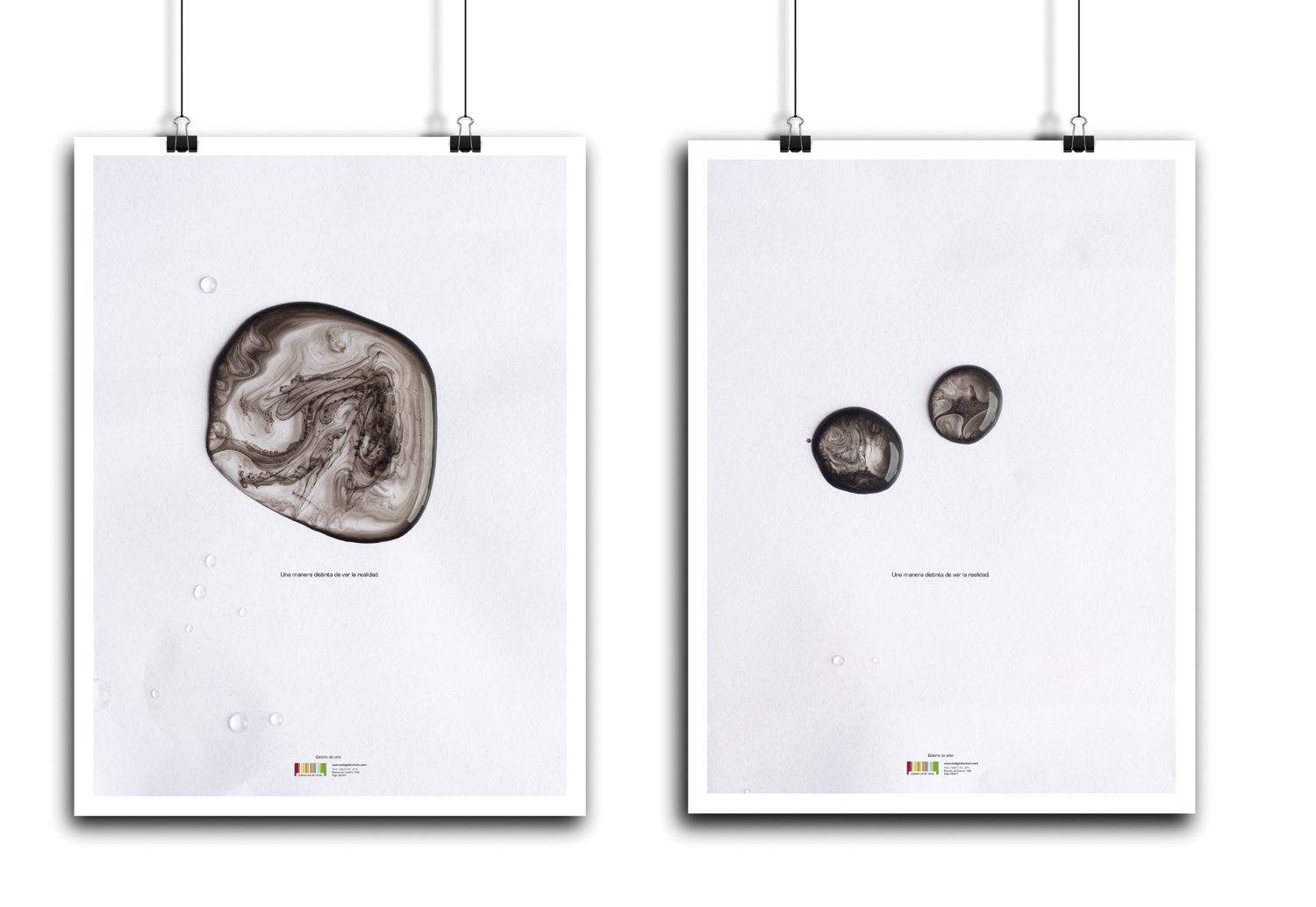 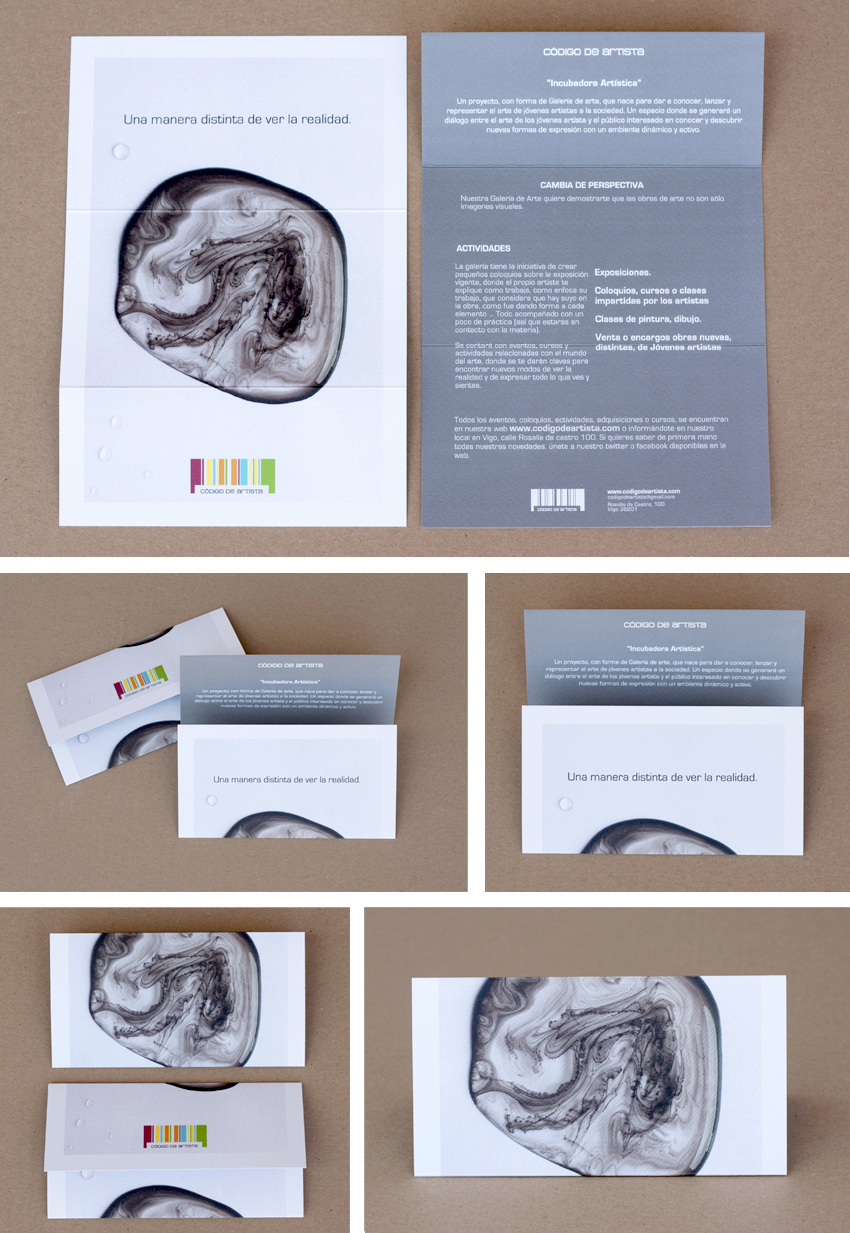 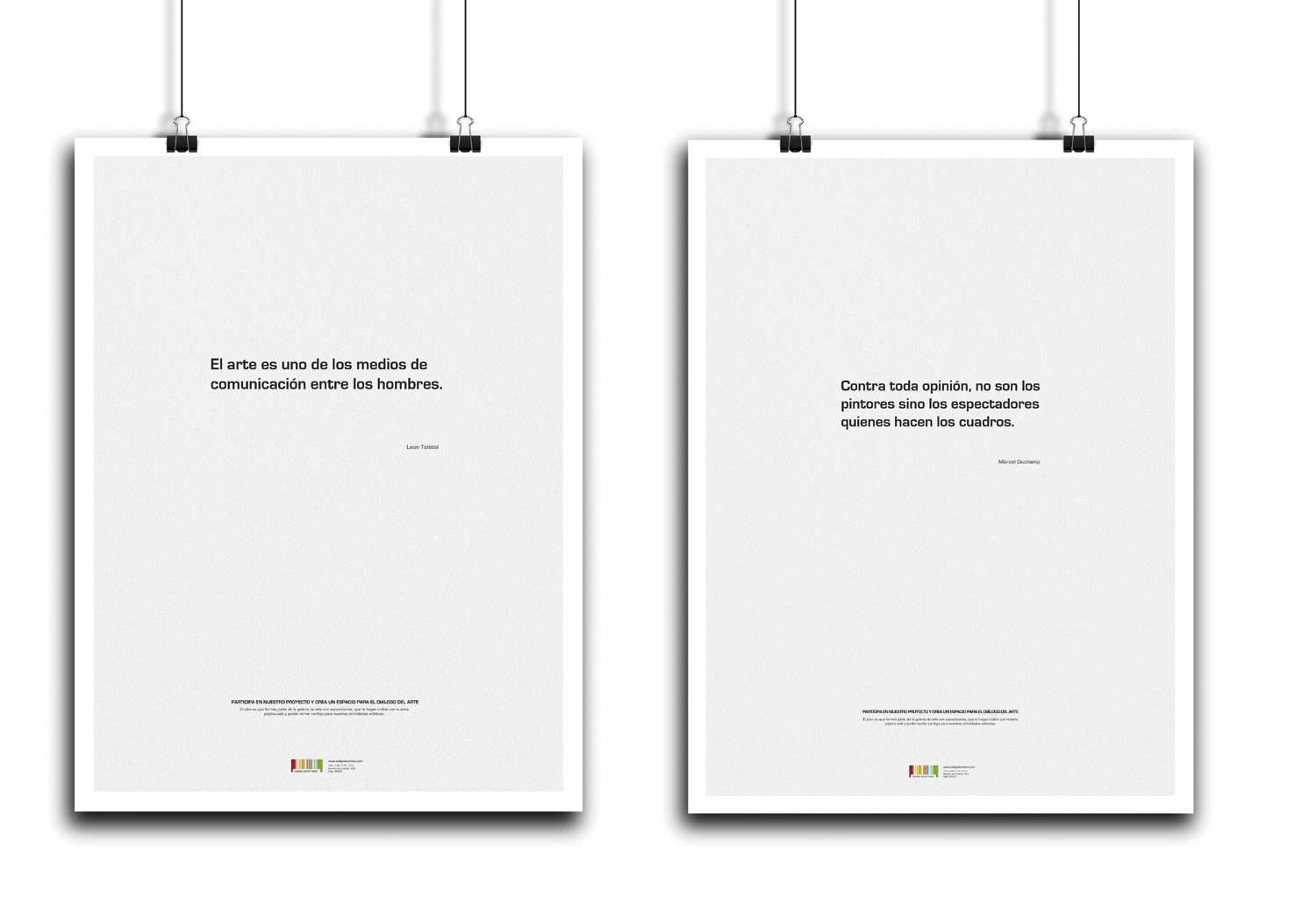 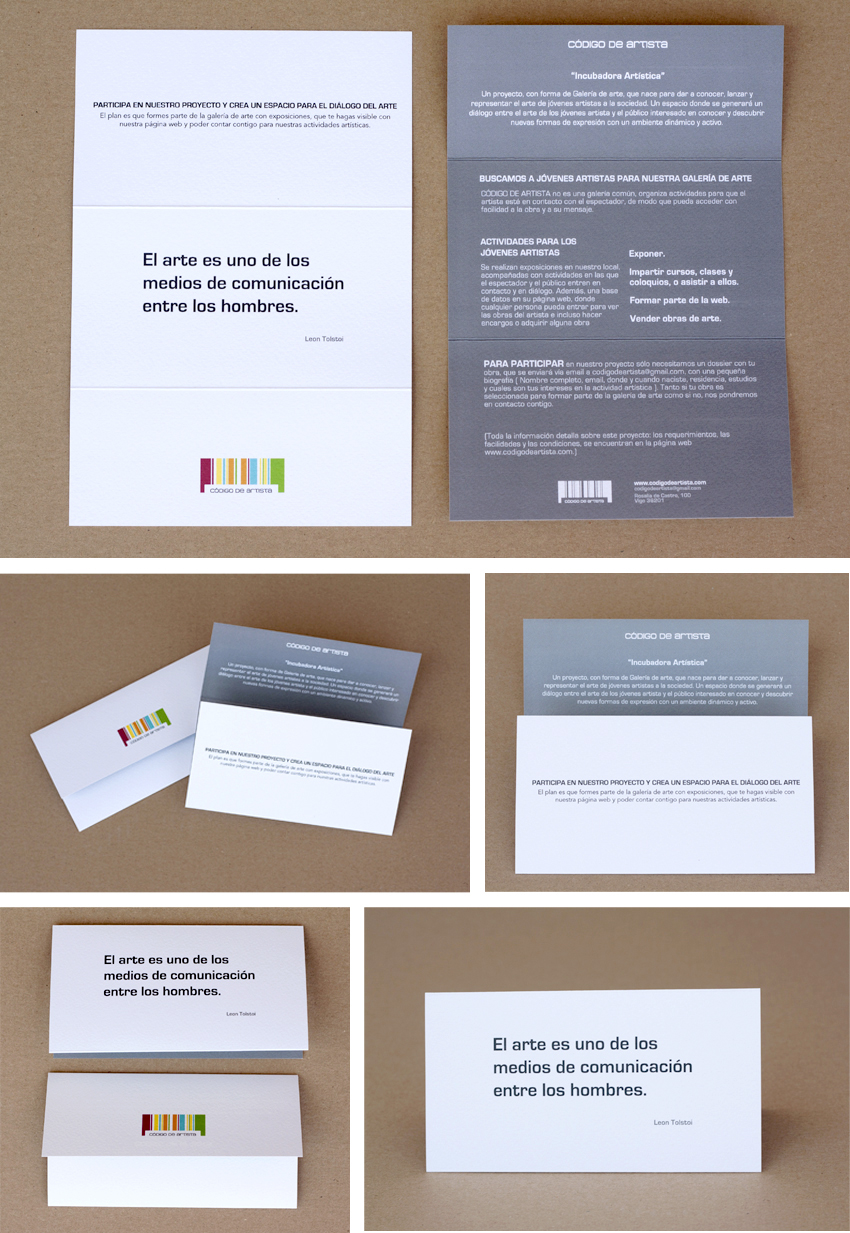 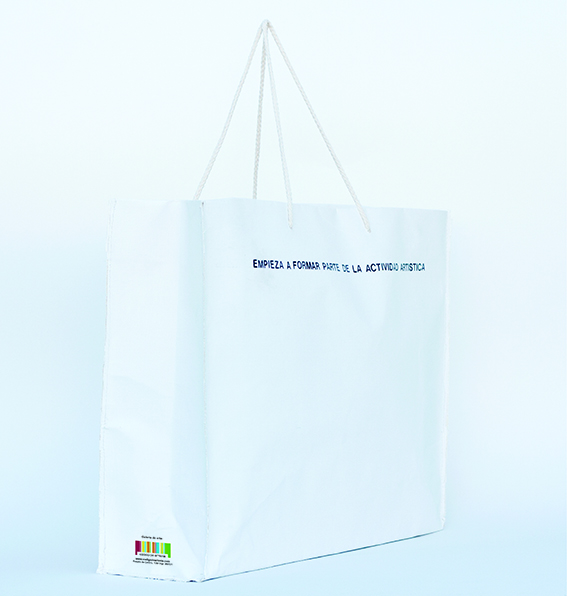 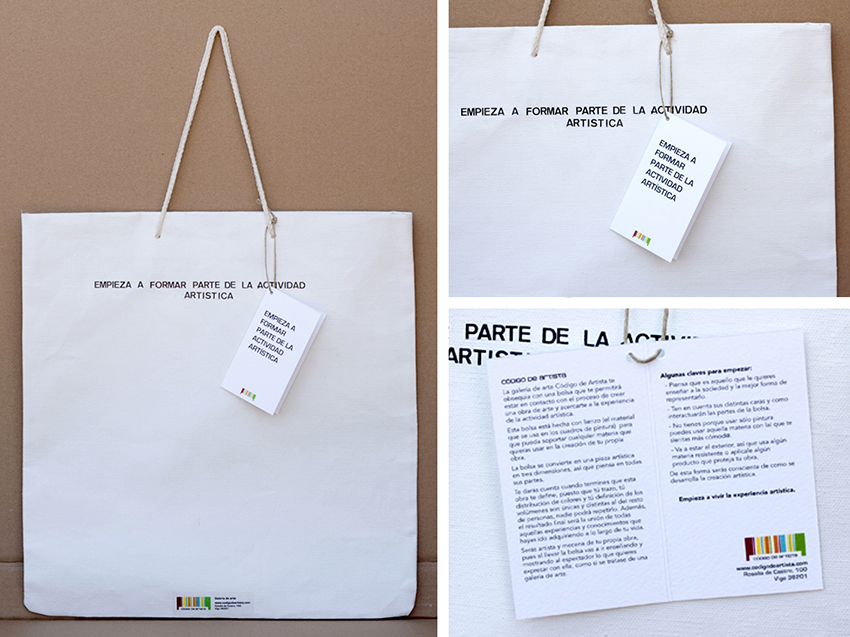 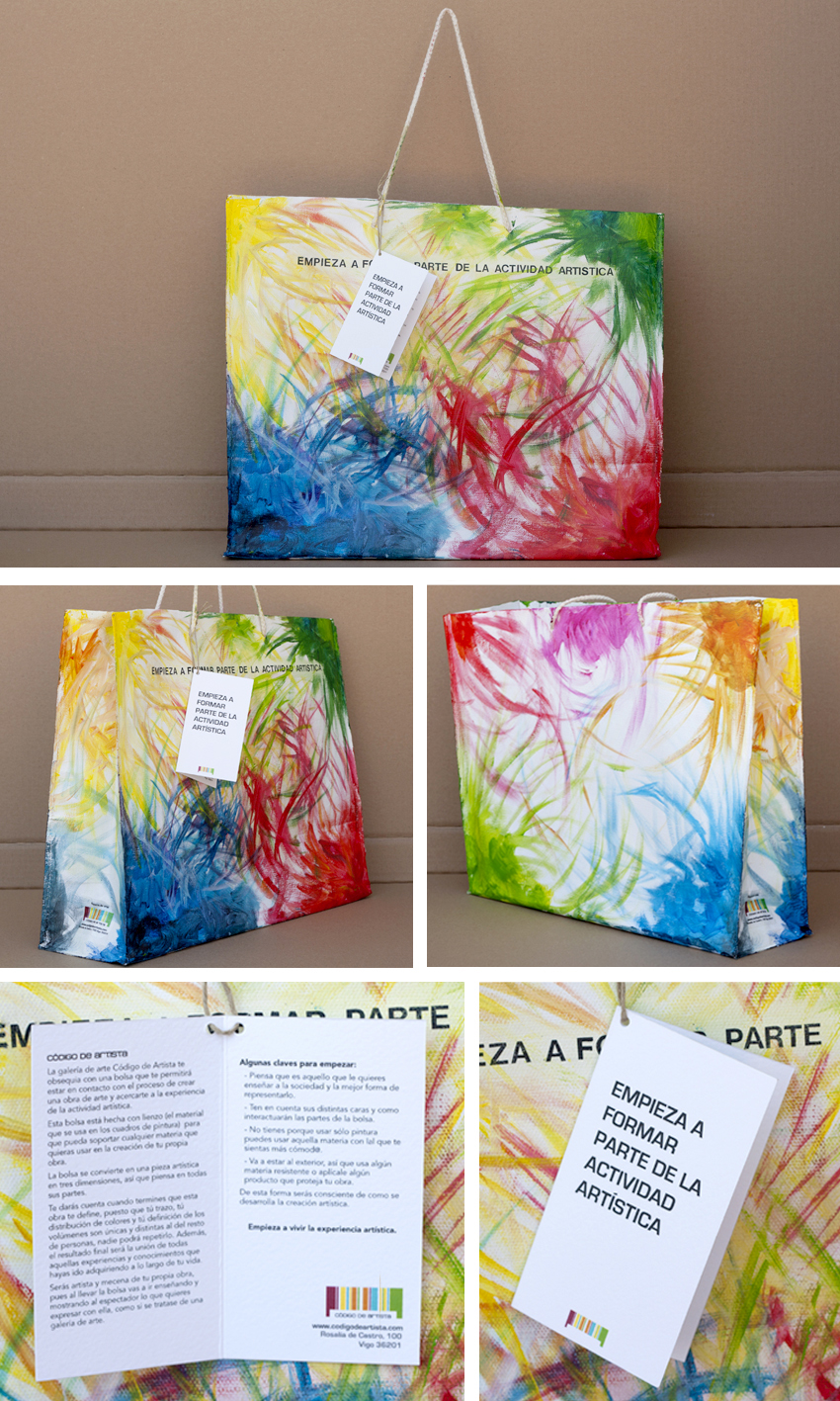 Depending on the target the campaign is divided in two parts ( suppliers and consumers ) and each part has its own graphics and yers, a merchandising action and online promotion, web and social networks (facebook and twitter).

Suppliers and consumers have two types of graphics and yers. Two from each type of graphics because it is important to show how there are more than one case which verify the idea and its purpose.

On the one hand consumer campaign idea is to make them understand artwork, that It isn’t just a picture, it’s a process of experiences, inquisitiveness and personality. On the other hand supplier campaign idea is to make them trust in the new project, as a way to start in artistic world and to take rst steps along for becoming a well-known person.